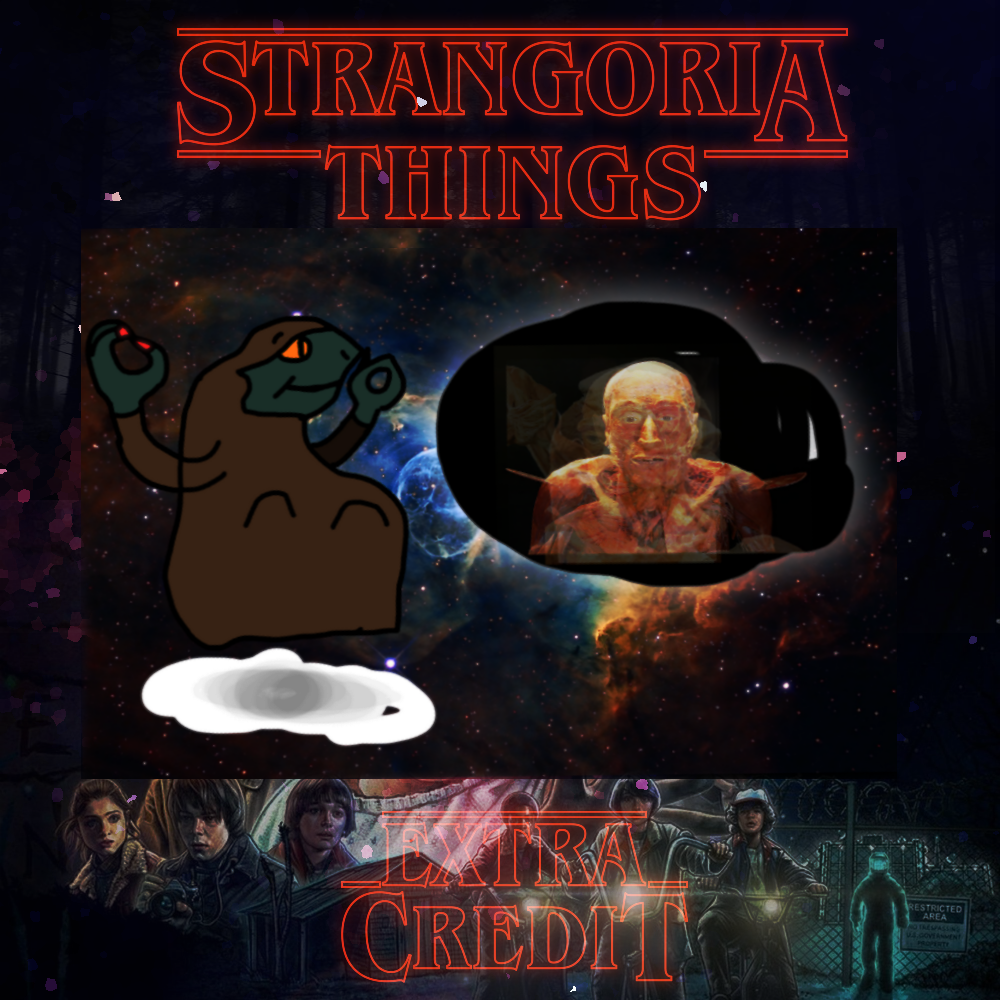 Strangoria is a community that exists as a single web page advertising their Discord server, and said Discord server which contains about 6000 members.

Secret Gaygent 69 braved the depths and returned to us with a sampling of the mysterious, spiritual, mystical, illogical, radical nonsense that can be shared between demon enthusiasts in real-time chat.

This week, Extra Credit made a huge mistake…