Tumblr and identity live together in perfect harmony,
Side by side on my dashboard, oh Lord, why don’t we?

For years now otherkin have scurried about on the internet, building off of a myriad of junk drawer philosophies and blatantly ripping off real world religions in order to confirm to themselves and the world that, yes, they are a unicorn in their heart of hearts. Unable to keep crazy contained, otherkin eventually mutated into fictionkin, those who are, in their heart of hearts, a fictional character, like Naruto or that illuminati pyramid from Gravity Falls. Yes it seems that many people are desperate to be anything but themselves.

This evolutionary track doesn’t stop here, though, as entertainment contains not only fictional characters but real people. Thus Factkin, those who are linked to real life people, living or dead, were borne from the tangle of nonsense.

And like all groups that exist in a shared space on the internet, these three delusional camps all looked at each other and screeched “YOU’RE WRONG!”

This week, Extra Credit comes out with a very important secret. 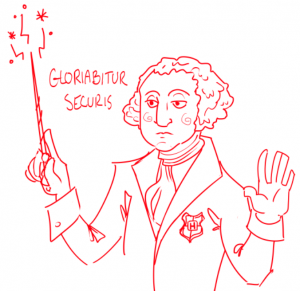