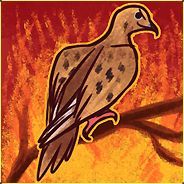 Frank West, known in Japan as Incredible NerdChild 20xx, is a 1997 side-scrolling platform video game developed by Treasure and published by Enix and Nintendo for the F Plus. The player assumes the role of Frank, a robotic maid who journeys to rescue her creator from terrible nerds on the internet. The gameplay revolves around making terrible jokes and being unable to relate to anything not displayed on a computer screen. It was a commercial failure, and only one copy is known to exist today.

Frank West has appeared in: