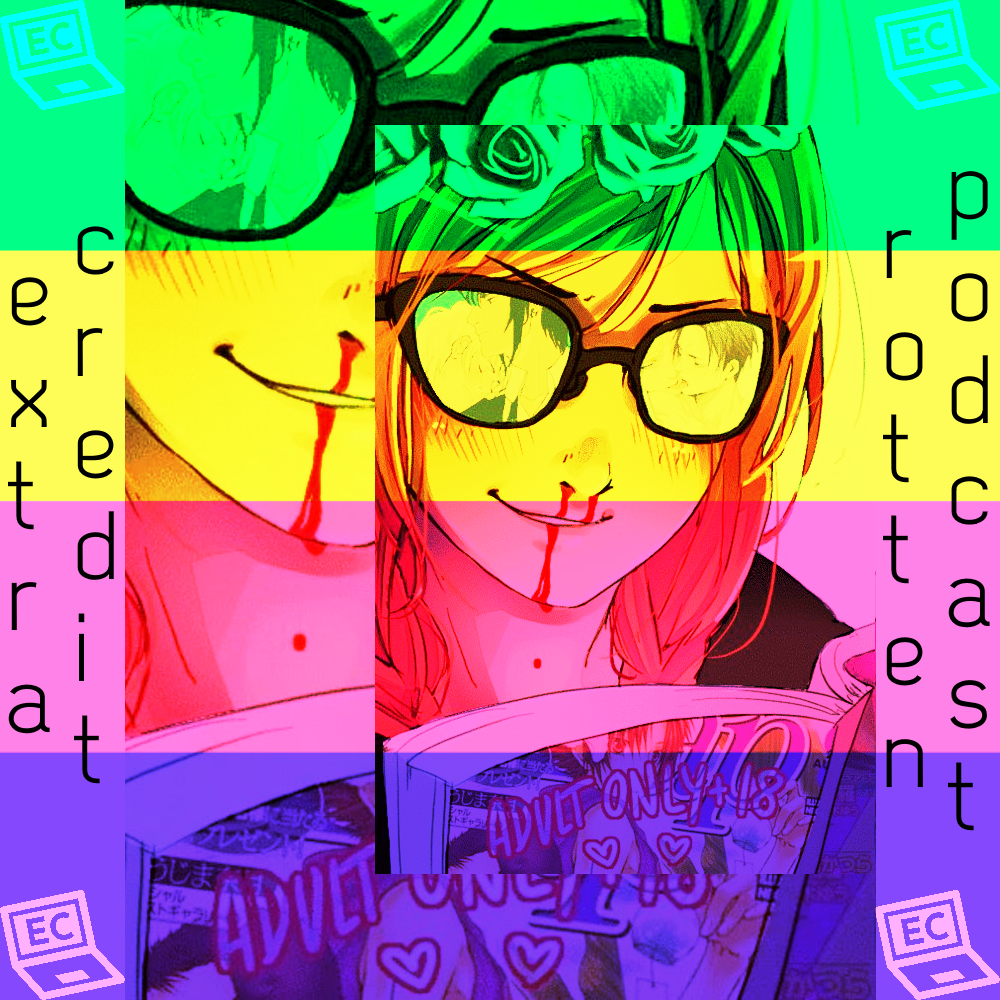 Gay romance has been a controversial and at times even dangerously illegal variety of literature and film for centuries now, but one subset of the genre has found strength and acceptance in the community they built around it, forging a future for the maligned media…

The Yaoi Otaku Forums is a place for fujoshi and fudanshi (but mostly fujoshi) to revel in their lust for stories in which gay men act like a heterosexual couple but with no icky ladies to get in the way. Some of the subjects we cover may seem a bit old, but rest assured this community is still active, with one of the latest threads entitled “requesting omegaverse manga.” Come along as we ask the important questions like “What would you do if you were trapped in an elevator with your favorite yaoi?” “SEX with YOUR FRIEND?!” and if “gay are people too.”

This week, Extra Credit is probably constipated and having a rough day.