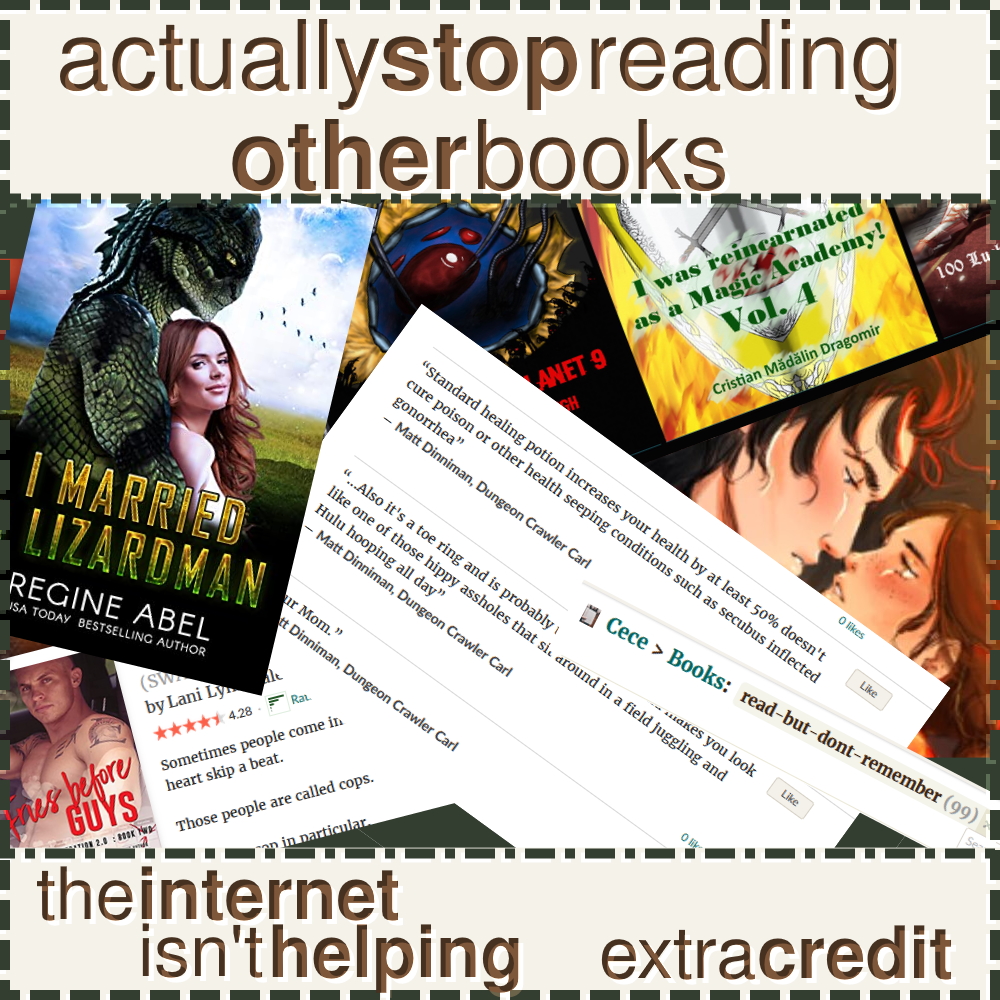 As you likely are aware, Goodreads is a site where people who read and write can post the books they’ve read or written and provide reviews, that either tell you the entire book’s plot or tells you the reviewer’s entire life story, and ratings that invariably end up being 2 or 5 stars.

Like most literary spaces online, Goodreads has drifted into the fandom territory, where rabid fanbases for no-name authors will boost their YA of choice (it’s always YA) to defend them from their detractors (which are appx. zero people at last count). All your favorites, from stories that are indiscernible from video games to romances that involve literally anything but a human penis or vagina (allusions are permitted, but cautioned against), can be found rated, reviewed, or even written by members of this illustrious community. Plus check out the shelves of members for recommendations. They’re about as useful as tumblr tags.