Some Kind of Podcast Shape 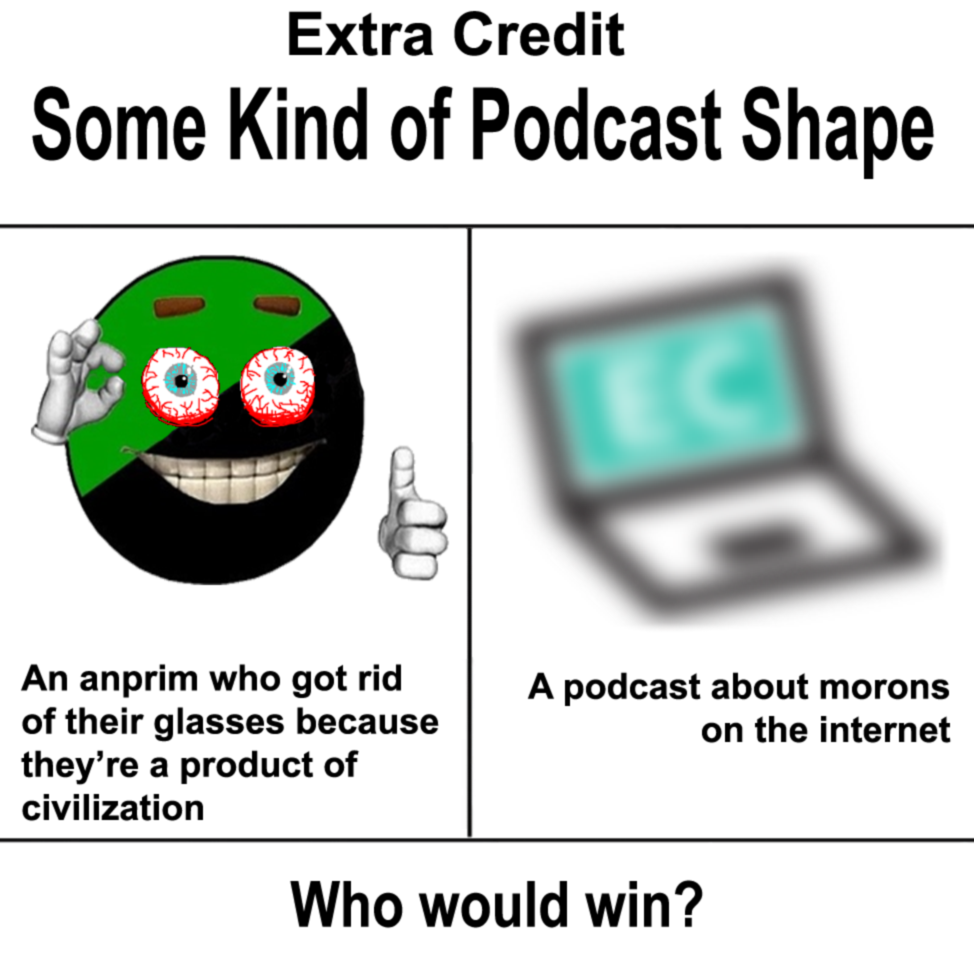 Some say we live in a society. Honestly, that could mean any number of things. But there’s a certain subset of reddit who thinks we should forgo this whole society thing altogether, and they are chock full of ideas as to how to do that!

Meet r/anarcho_primitivism, a subreddit dedicated to the downfall of modernity to make way for an idyllic future that is just like our past. They wish for us all to cast aside things like technology, medicine, and critical thinking skills so we can just revert to an era of clear perfection and totally not one of rampant fear, hatred, and death around every corner. These survivalists will be more than ready to eat dandelions, snort animal waste, and use firearms from the 19th century which is permitted because shut up. Roll up them sleeves! There’s a lot of work ahead of us if we’re ever gonna convince the world that dying of a common cold is just natural selection doing it’s thing.