Cut to the Chaste

r/chastity and r/permanentchastity are subreddits dedicated to swapping tales of caged glory, comparing dick shrinkage and providing tips for advanced willpower to keep their dicks under lock and key as long as humanly possible. There’s crossover with orgasm denial, edging, sissification, female-led relationships… pretty much anything you think of when you think “penis in a cage” it intersects with chastity fetish. And if you’re not feeling particularly imaginative than maybe we can help by describing the life and times of some of these brave, chaste heroes of reddit.

We will also be taking a brief intermission to visit Smashwords for an interview with an author of many chastity-themed romance novels!

Needless to say, you’ll never look at a man’s keyring the same ever again!

"My thoughts are the most important"Broken Peoplegrosskinkthe internet isn't helping

Tips Fedora sighed as his over zealous new hire, Dick Cage, slammed his fist down on the table. “Damnit! Don’t make this harder than it has to be, you son of a bitch!”

From across the interrogation table, Octopus With Devil Sticks smiled indulgently while still completing really sick flips and tricks with his devil sticks. “But officer, I have no idea what you’re talking about,” said Tips Feodra’s best friend, the amazing devil sticks octopod.

Dick Cage snarled in frustration; Tips Fedora could see now that this bound anger his new apprentice had was not really appropriate for this faux interrogation. Clearly, he needed some sort of release.

“Enough,” said Tips Fedora in a voice full of whisky, regret, cigarettes, and compassion; his voice summoned up pictures of a misty city street shot in a tasteful black and white, while a femme fatale clung to his arm, while the intrepid Tips Fedora pointed his pistol down an alley way. “Enough,” he said again, walking out from the pool of shadows he had placed himself in, his leather fedroa and long leather trenchcoat swirling in some unseen wind.

“Look,” said Tips Fedora as the room became silent by degrees, “Dick, you got some real hutzpah, some real, raw magnetism, but buddy this bound heat, this bottled anger? It won’t do. You need to fuck.” 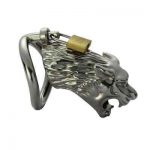 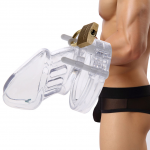 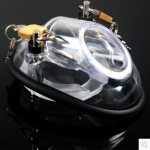