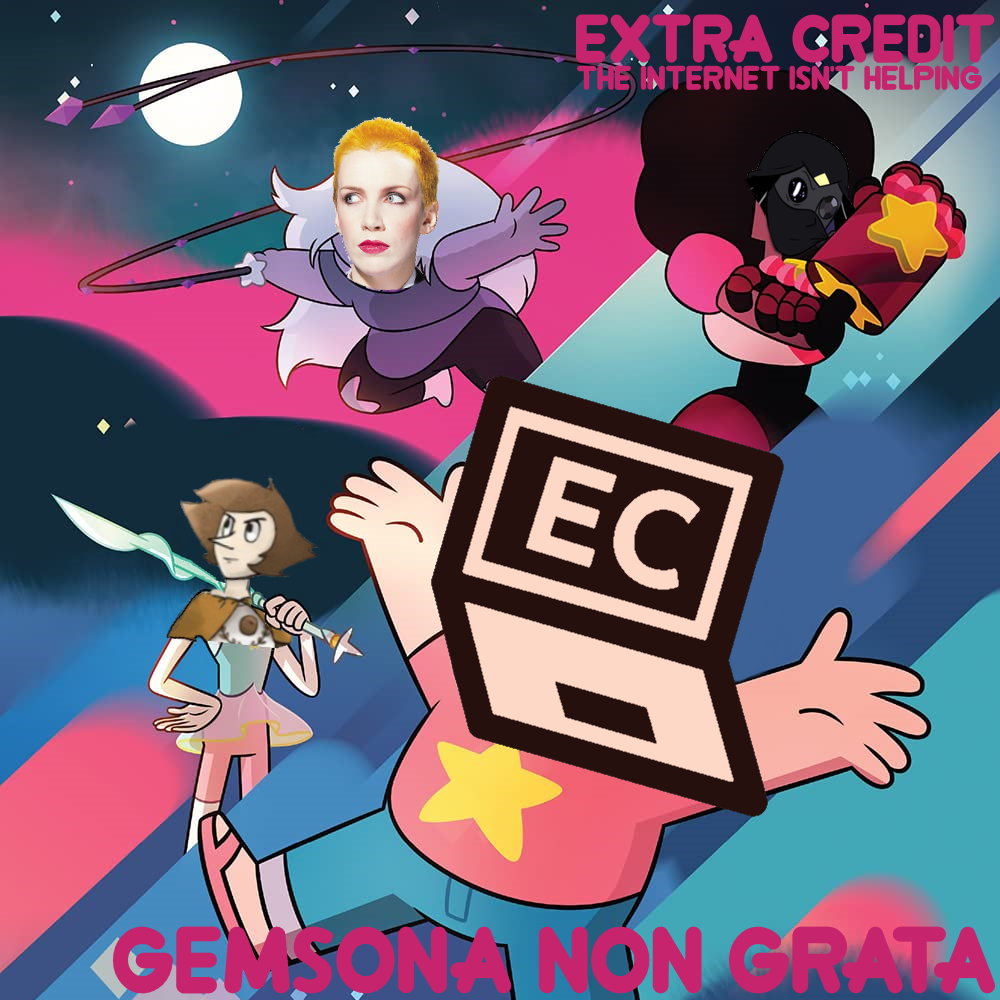 This one may seem a little niche at first, but stay for the long haul and be treated to some delightfully dumb OCs.

The Steven Universe Roleplay Forums are a place for fans of the cartoon Steven Universe go to roleplay in an alternate universe, utilizing original characters to tell a story of their own design. Which is to say a bunch of teenagers create really silly characters and then have melodramatic arguments with each other “in character.” Join Shell and The Heavenator as they withstand a barrage of nerdtalk from Dijon Du Jour and THE LESBIATHAN, for the sweet, sweet prize of fandom writing waiting at the other side.

This week, Extra Credit’s Gemsona is named Boracite, their job is Brim And Crown Presser, their weapon is a Longbow, their gem is located on their eyebrow. Their likes include most religions, Original Thought, and people who stare; Their dislikes include clear night skies, Puzzles, and anything chocolate ^.~

With THE LESBIATHAN, Dijon Du Jour, The Heavenator, and Shell Game