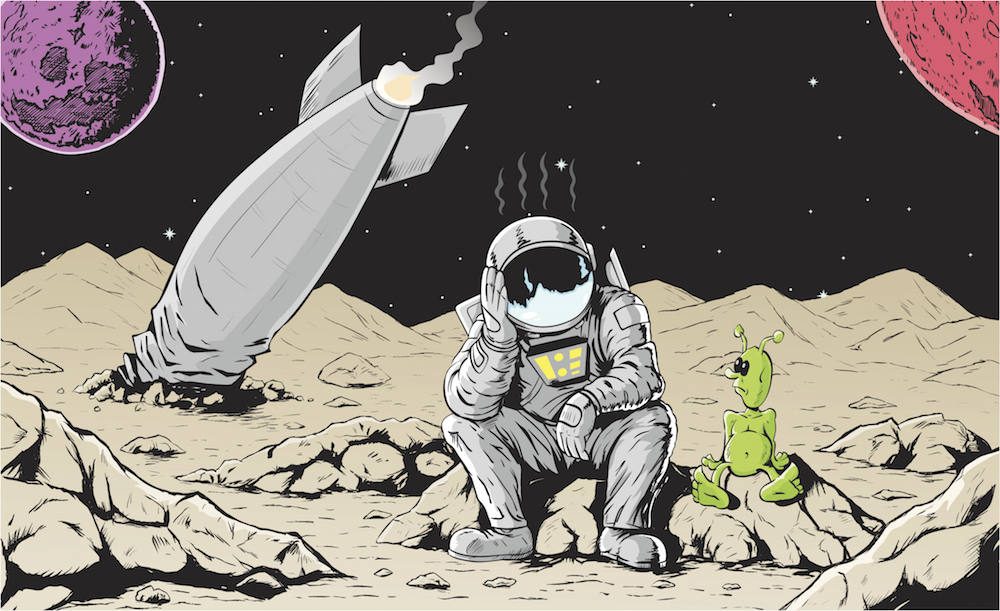 Wanted by the FBI: Spaced God

The FBI is offering a reward of up to $17,000 for information that leads to the identification, arrest, and conviction of internet commentator Spaced God.

Spaced God has the following tattoos: a stock car on their lower back; a factory reset button atop a famous landscape painting on their right ankle; and a photo-realistic image of a mediation on their forehead.

Spaced God is wanted for the armed robbery of an adult novelty toy location. They were recorded on camera suspiciously attacking the store clerk with a gaming laptop. After the assault, they ransacked the store and ran off, stealing an estimated $4000 worth of used Bad Dragon toys. A second security camera spotted Spaced God two blocks down the road, handing the blood-splattered gaming laptop to a confused homeless person. If you see Spaced God, call our hotline immediately. Do not attempt to apprehend this suspect on your own, as witnesses have described Spaced God to be as “disgusting, domesticated, and a terrible dresser to boot.”

Spaced God has appeared in:

Objects in Reddit May Be Shorter Than They Appear