I Dread It For The Articles 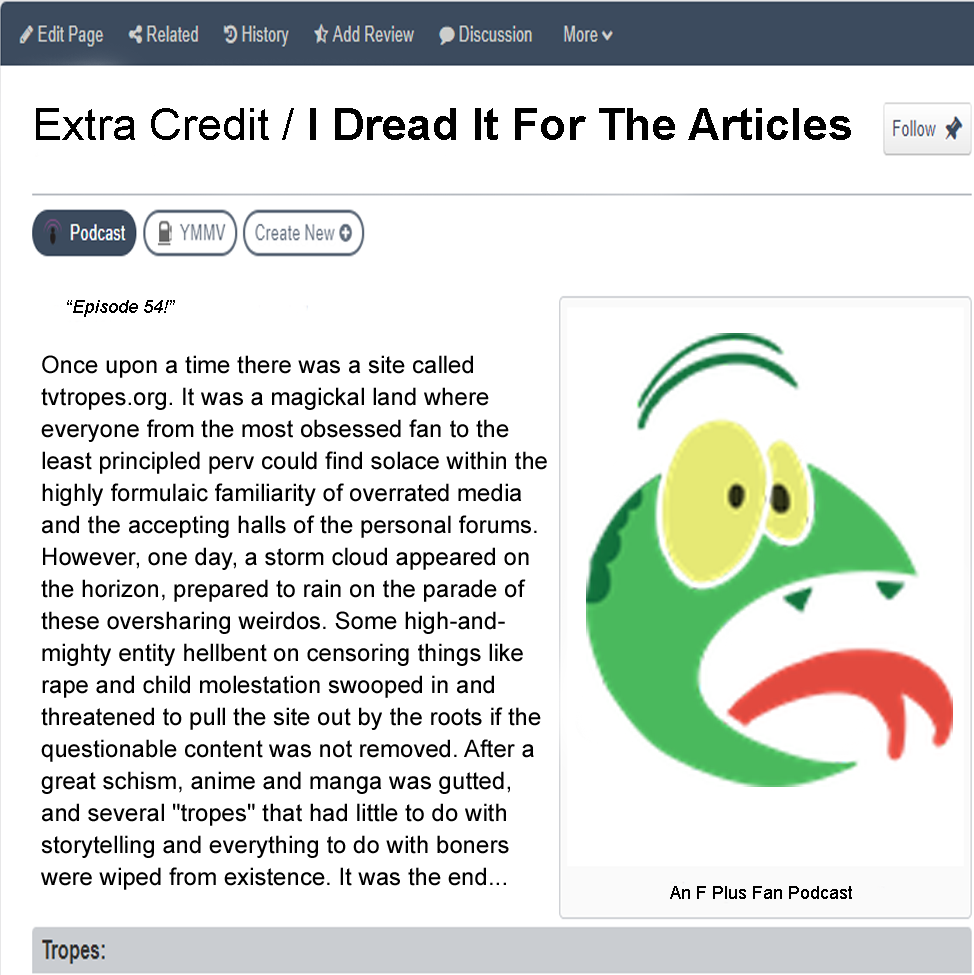 Abandon hope all ye who enter.

Once upon a time there was a site called tvtropes.org. It was a magickal land where everyone from the most obsessed fan to the least principled perv could find solace within the highly formulaic familiarity of overrated media and the accepting halls of the personal forums. However, one day, a storm cloud appeared on the horizon, prepared to rain on the parade of these oversharing weirdos. Some high-and-mighty entity hellbent on censoring things like rape and child molestation swooped in and threatened to pull the site out by the roots if the questionable content was not removed. After a great schism, anime and manga was gutted, and several “tropes” that had little to do with storytelling and everything to do with boners were wiped from existence. It was the end…

The Fetish Fuel Wiki arose, stalwart and disgusting, ready to take on advertisers and legalists who insisted 14 was too young and wanting to molest felt puppets was somehow strange. Here the creeps who scattered when the light was shined on TVTropes could rebuild (mostly by copying and pasting or directly linking content from TVTropes archives and site proper) their filthy utopia. And we here at Extra Credit have decided to do an investigative report on whether or not Fetish Fuel was just as bad as the TVTropes of old (and of the not-to-distant future.)

This week, Extra Credit debates whether a content warning is necessary.