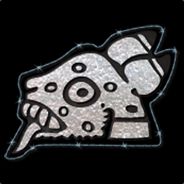 It’s theorized that Acierocolotl is some kind of anime-lookin’ prettyboy. Others have thought Acierocolotl to be a very attractive girl. The truth of it is simple and a bit disappointing: Acierocolotl is a DARPA project to weaponize language.

Originally, the money was earmarked for a comparative study of expensive hookers, but the chief researcher didn’t want to cheat on his wife so he dumped the cash into what he thought was a nonsense research project. Little did he know that bored scientists took the design document seriously and began their studies.

Things were looking up at first. They’d built a machine that could utter any string of characters as a word, no matter how nonsensical. There were plans to build it a magnificent, yet tastefully-slinky robotic body, but the accountant of the project started meta-embezzling the cash for his own Hookers Research, leaving desperately little money for Language Science.

Over the years, in order to keep the Acierocolotl Project moving forward, most of the parts had been sold off on the black market to anybody with deep enough pockets. One of these parts, the robotic tongue, is currently located in a Canadian bureaucrat’s apartment. The bureaucrat has managed to make it do a really fierce impersonation of ex-Prime Minister Jean Chretien, where it makes its owner a handsome living showing up on Canadian breakfast show interview segments.

It’s thought one of the other parts was an on-board laser that fires at targets with a certain outrageously villainous accent, but the sensors are very insensitive and the weapon was only triggered by yelling “Green Peas” as loudly as possible. It was last seen being used to blast Finnish graffiti into cliff faces.